An Industry Blog on All Things SITE. Your one stop shop for chapter news, industry events, trends, and tips from the pros.
Categories
Tags
Authors
Report
6 minutes reading time (1206 words)

Holiday Traditions around the World

Best wishes from Platinum DMC Collection and all of our DMCs for a joyous holiday season and a Happy New Year. 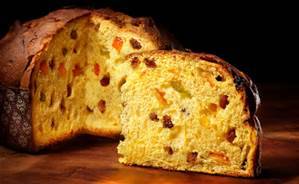 The most traditional Christmas sweet in Italy is Panettone. It originated when a lowly kitchen servant named Toni burned his masters Christmas cake. He hurriedly mixed up some yeast with flour, eggs, sugar, raisins and candied fruit. The result was a great success and the family named it “Pan de Toni”, to honor its creator.

In Argentina homes are decorated and the Christmas tree put up on December 8th, the Maria Virgin Day. Decorations remain until January 6th, the Three Kings Day, when the children put their shoes outside to receive presents from the Three Kings.

In Australia, Christmas falls in the middle of summer. The traditional Christmas meal is typically followed by a family cricket match, either in the backyard or at the beach. 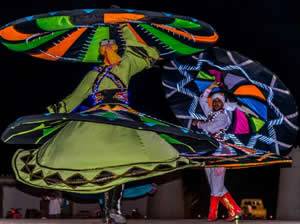 For the week ending December 23, Egypt celebrates Mawlid al-Nabi a celebration dating back to the 11th century. Traditional doll and horse toys made of candy are on display everywhere for children to buy. The highlight of Mawlid is the “Leila el-Kebira” or the Big Night, when dancing dervishes dressed in colorful costumes parade through the streets performing the “Zikr” (ritual dance); swaying back and forth, moving their bodies and speeding up to the rhythmic beating of a drum and tambourine.

One of the most lavish New Year’s celebrations in the world is celebrated in Brazil. The fireworks display in Rio de Janeiro attracts over 2 million visitors to Copacabana Beach with amazing fireworks lit from 10 barges off the coast and other barges hosting famous bands and singers.

In Chile, children open their Christmas presents at midnight on Christmas Eve and the Nativity scene is traditionally displayed until January 6, the day known as Epiphany.

The 2016 Chinese New Year begins on Monday February 8 and ends on February 22. It is the first day and month of the Chinese lunar calendar. 2016 is the Year of the Monkey. “ Gong Xi Fa Cai” is the traditional greeting during the Chinese New Year. It means “I wish you good fortune”. 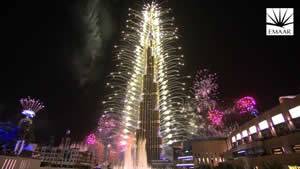 Dubai has a huge New Year’s Eve celebration that is expected to draw over a million visitors to the city to join in the festivities. The finale is the visually stunning fireworks show atop the iconic Burj Khalifa, the tallest building in the world.

The Provence region of France has a unique tradition of “The 13 Desserts of Christmas”. The thirteen desserts signify Jesus and the 12 Disciples. After the big dinner, all 13 desserts are tasted by everyone to secure good fortune in the coming year. They remain on the table for three days to be shared with visitors.

In Germany the Christmas seasons starts four Sundays before Christmas. In every home you’ll find an Advent wreath with four candles which are lit one by one each Sunday. This is also the day when the traditional Christmas markets open and people stroll through looking for typical gifts and decorations while drinking the famous “Glühwein” (spiced hot red wine). A unique tradition is that on December 25 every child polishes their boots and puts them outside overnight hoping that Santa Claus comes along and fills them with little treats! 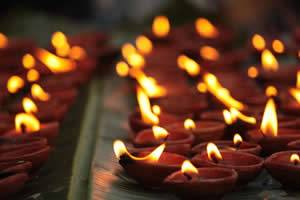 In India, Diwali, also known as the “festival of lights”, is an ancient Hindu festival celebrating the victory of light over darkness, knowledge over ignorance, good over evil, and hope over despair. It is one of the biggest festivals of the year and is celebrated over five days. On the third day people light diyas and candles all around their house and perform prayer ceremonies asking for divine blessings of Goddess of Wealth. Gifts are shared amongst friends and family and an abundance of fire crackers make for a boisterous festival feeling!

In Croatia there is a tradition called Dubrovacka Kolenda, where people go from house to house singing carols on Christmas Eve and are given candy and oranges in return.

This year in Morocco Eil Al Mouloud, the feast celebrating the birth of the Prophet Muhammad falls on December 25th. This is the first time in 457 years that Muslims and Christians will be celebrating the birth of Prophet Muhammad and Jesus on the same day. In the wake of recent events, this is surely a message of peace, tolerance and mutual respect. 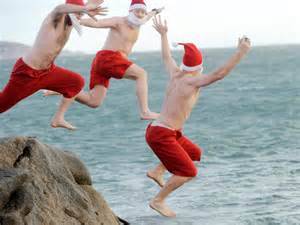 Christmas day swims take place all over Ireland on Christmas morning, but most famously at Forty Foot Rock, just south of Dublin. Hundreds of people can be seen jumping off the rock into the Irish Sea on Christmas Day wearing only their bathing suits. Many participants raise funds for charities.

At midnight on New Year’s Eve Greeks throw a dried pomegranate at the entrance to their house. When it breaks they step into their house on their right foot. According to tradition, this brings good luck for the year to come.

In Mexico, Posadas play an important role in the Christmas traditions. Posada means “inn” or “shelter” in Spanish. For the nine nights leading up to Christmas Posada processions re-enact Mary and Joseph searching for a place to stay in Bethlehem. Participants hold candles and sing Christmas carols. The procession ends at a different home each night where they sing a special song, La Cancion Para Pedir Posada. 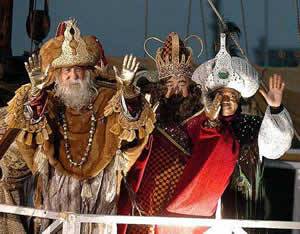 In Russia, New Year’s Eve is celebrated with Father Frost and Snow Maiden arriving and asking children to prove what they have accomplished during the year. This is followed by “One, two, three, now we light the New Year’s Tree.”

Some Scandinavian Christmas traditions are influenced by the pagan traditions celebrating the returning light. December 13th is Saint Lucia Day when the Queen of Light is coronated with a crown of lingonberry branches. The celebration includes girls in white dresses with red sashes and a crown of candles. December 13th coincides with the Winter Solstice in the old Julian calendar.

For the New Year’s celebrations in Turkey, tradition has it that if you wear red underwear it will bring abundance and prosperity in the New Year. 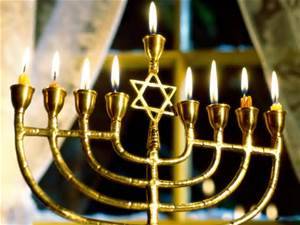 In Israel Chanukah, also known as the Festival of Lights, is celebrated for 8 days commemorating the miracle of the oil that lit the menorah for eight days during the Maccabean Revolt. Gifts are shared after lighting the candle and special holiday treats of potato pancakes (latkes) and doughnuts (sufganiot) are eaten.

Every town and village in Malta has a midnight Mass on Christmas. During this Mass, the one hour long sermon is given by a boy of about 8 years of age.

In Panama families wait until midnight on Christmas Eve to celebrate with a traditional Panamanian feast of chicken tamales, oven-roasted pork, guandu rice and a homemade ron ponche (eggnog drink). Fireworks are an important part of the celebration.